A Little History of our Club

On March 10, 1959, Rotary officially came to our valley when our Santa Ynez Valley Rotary Club was chartered. Twenty-five men signed the charter roll. Dr. Frank Pedersen was one of them. Robert T. “Pea Soup” Andersen was elected the first president. Willard B. “Bill” Bellack, a past district governor from Wisconsin recruited the first members and served as our first secretary. The charter was presented to our club by District Governor Reuben J. “Rube” Irwin on April 29, 1959.

From our late, Dr. Frank Pedersen; Interview by Len Dalberg

“Willard “Bill” Bellack came to our valley 50 years ago and opened an insurance agency in the Par Building on Mission Drive. He was a very friendly fellow. His wife was Blanche and they had two sons. Bill knew Rotary from A to Z.    Bill was a charter member and first President of the Rotary Club of Columbus, WI, about 30 miles northeast of Madison. He was the past District Governor of District 2080, the Madison area. Since he had perfect attendance, he made up at local clubs when he moved to the Santa Ynez Valley. As far as we know, he never joined the Santa Barbara Club, but he did campaign for that club’s support in starting a Rotary Club in the Santa Ynez Valley”.    Mr. Bellack gained the support of Rotarians Art James and Dick Williams and District Governor Rube Irvin 1958-59 presided in the inauguration of six clubs. According to records, the four of them met with Robert “Pea Soup” Andersen, Ralph Edwards, Dr. Frank Pedersen and some others in December of 1958. They made two decisions: One was to schedule a meeting in January 1959; the other was to try to recruit 25 men who would be interested in forming a Rotary Club. “We didn’t have any trouble finding 25 interested people.”    The January meeting led to further meetings and in February of 1959 a decision was made to apply for a charter. Bill Bellack was asked to be president, but declined saying, “I think with my knowledge of Rotary I could serve better as secretary.” Robert “Pea Soup” Andersen was elected president. Bill Bellack was the second president of the Santa Ynez Valley Rotary Club. In 2000 we received a letter from his son telling us of Bill’s death.    One story about Bill remains. It seems that Bill had a recliner couch in his office, and on non-Rotary days he watched an hour and a half of his favorite soap operas from noon until 1:30 pm. He didn’t even answer the phone! He was quite a character! 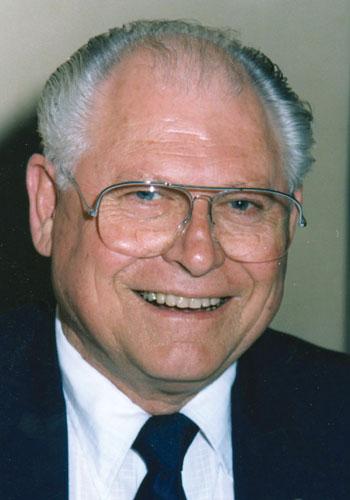 Dr. Frank “Doc” Pedersen was a charter member of our club when it was chartered on March 10, 1959 and served on the board of directors of the Club that first year. He served as President from 1965-66. During the year he served as President, his board consisted of Ralph Edwards, Bob Hunt, Earle Hatch, Ed Grat, Ronald Holcomb, Richard Lawton, Axel Nielsen and William Sarandria.

Doc Pedersen was born in Los Angeles and attended schools there. An emergency appendectomy at the age of 11 inspired him to become a physician. He graduated from UCLA with a bachelor’s degree in Zoology, then attended Medical School at USC, while enlisted in the US Army. While serving as a Captain in the Medical Corps at the Los Angeles Children’s Hospital, on a “blind” date he met a pediatric nurse named Jean (he confessed to having peeked first, though). It was love at first sight and they were married August 18, 1945. Frank always said, he was blessed by “my favorite Jeannie”. He interned at the Los Angeles County Hospital. During the next two years he served in the Transport Division of the US Army in Santa Fe, New Mexico, San Antonio, Texas, and at Letterman Hospital in San Francisco.

Doc Pedersen completed his residency at Harbor General Hospital in LA and went into private practice for three years in San Fernando. The young family relocated to Solvang in January 1952, where Frank and his medical school classmate William Van Valin established their practice in an old house on the corner of Atterdag and Mission Dr. He also served on the staffs of Lompoc, St. Francis, and Cottage Hospitals. He was instrumental in establishing the Santa Ynez Valley Hospital, which opened in 1964 and in developing the Santa Ynez Valley Recovery Residence at the Solvang Lutheran Home on the site of the old Atterdag College. He served on its board as medical director for 20 years.

Frank could tell you about many of his adventures after coming to Solvang. The hospital for the area was in Lompoc, and Doc told us of the time he ran over a skunk on the way to Lompoc to assist a mother in delivering her baby. He loved his 36 years of practicing as a “country doc” in the Santa Ynez Valley. He delivered over 800 babies in a variety of venues from hospitals, farms, homes and cars all over the county. Dr. Frank made house calls long after it had gone out of fashion; sometimes exchanging his services for eggs, produce, etc…. He was often the first responder at the scene of an accident, and served as team doctor during many Santa Ynez Valley Union High School sporting events.

In 1962 – 63 our Valley was severely impacted by a polio epidemic. Eleven Children were stricken and two died. Women refused to shop, ordering groceries by phone and having them delivered and left on the front porch. Greg Pensa remembers, “when you purchased gasoline, you sat in your car while the attendant filled the tank, then you would roll down the window a bit and slip the money to the attendant.”

During that time a salesman called on Doc Pedersen saying that a new vaccine for polio was now available. He could provide the free vaccine if Dr. Frank could arrange a community clinic. Frank called then president – Bill Morf – and other board members and suggested the club make this their project. The Club unanimously agreed. The clinic held that October was the first Polio Immunization Clinic in the County, perhaps in the State, and certainly was one of the first Polio Immunization Clinics mounted by Rotary. Our Club holds a pre-eminent position in the fight against Polio – Thanks to Doc  Pedersen!

On Day One of the clinic – held at the Veteran’s building – the Rotarians – and Rotary-Ann’s – expected only about 50 people. Two-hundred fifty (250) children were vaccinated on Day 1 and 350 more on Day 2. All members of the Club pitched in…a great example of Community Service! Dr. Frank reported that the County took over the project and sponsored future clinics – following Rotary’s lead. He retired from his practice in 1988.

Doc’s love for fishing began at age 5, when his father introduced him to the rod and reel at a local pier in Southern California. His love for the sport took him on adventures from Alaska to Baja. The sea was a source of lifelong fascination for him. His favorite fishery was the Santa Barbara County coast, where he courageously mastered the coin-operated winch to launch his boat off the Gaviota pier (on one occasion his boat plummeted into the ocean due to faulty equipment). Doc was also a frequent face on Lake Cachuma, angling for the largest trout while enjoying the beauty and serenity of the lake. He often said, “I fish on my day off so no one can reach me.” Only once did someone actually rent a boat and summon him to the hospital. A prodigious fisherman, he usually caught far more than his family could eat, so he was frequently known to deliver fresh fish, cleaned and expertly filleted by his own hands to friends and colleagues.

Doc Pedersen often spoke of how he truly loved this Valley and its residents, resulting in many lasting and valued friendships. He held a keen sense of community spirit and supported community organizations. Our Valley was blessed the day Frank and Jean moved here. In our lifetime, we are lucky to meet a few “Grand” people like him. Doc Pedersen was the last surviving charter member of our Santa Ynez Valley Rotary Club.